Lawrence Eko Alobi is a retired Commissioner of Police and a lawyer. He is a security consultant and Chairman/CEO, HITECH Security Services and Training Limited. He also sits atop as the Principal Partner, Lawrence Alobi & Co. Law Firm. He is the Executive Director, Foundation for Peace and Security Education (FOPSE). 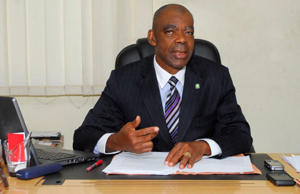 As Commissioner of Police, FCT, Abuja Police Command, CP. Alobi coordinated and supervised major national security operations in the country including visits of President Bill Clinton and President George Bush of the United States of America to Nigeria, National Political Parties Convention, Mid-Term African Union Summit, All African Games 2003, Coordinated Police Security for National Conventions of all Political Parties for 2003 general elections, coordinated security during the inauguration of President Obansanjo 2ndTerm in 2003, coordinated security arrangements during the inauguration of President ShehuYar’adua in 2007, and anti-vandalization of oil pipelines in the Country.

He is a well sought after public affairs analyst on radio and television and a trainer on security matters. Alobi was conferred with Nigeria’s national merit award – Member Order of the Niger (MON) by President Olusegun Obasanjo in 2000.