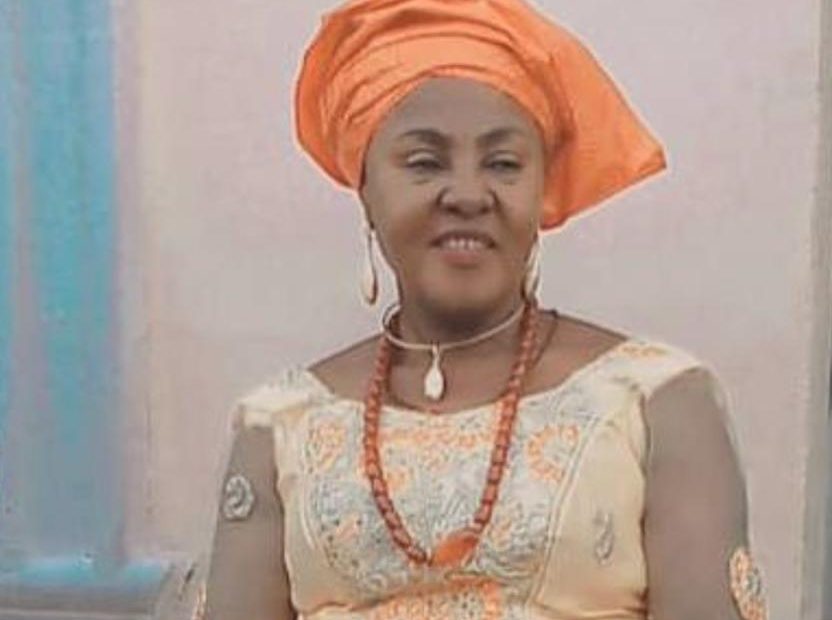 Women’s leadership is central to reconciliation, conflict resolution, and peacebuilding efforts that bring results for families and communities. In this exclusive interview with Goodness Lawrence, Program Officer at the Michael Ekwo Foundation(MEF), the President of Oganiru Ebe Women Association, Mrs. Bridget Ekwo bares her mind on the crucial role of women in peace and security processes. Ekwo (not associated with MEF) spoke extensively about women’s participation in peace and conflict resolution and how women in Ebe brokered peace in the land dispute where the Ebe Health Center is located.

Oganiru Leader:
On assuming office as the President of Oganiru Women’s Association – the umbrella organization of women in Ebe, Udi local government area of Enugu State, I convened a meeting of the new leadership to prioritize key areas of focus. So many issues that came up included tackling water supply challenges, development of the community market, and the community health center. After careful deliberation we settled to focus our attention on the health center because I know that that health center helps many people, especially if you come home without having in mind that you will deliver a baby, then if it is an emergency you will just go there and if we have any emergency we shall first of all take the person to that health center – it is something that helps people at home. Subsequently, my executives came face to face with unexpected challenges notably the controversy over the location of the health center and the family that owns the land. I quickly called my executives, the nurse working there with the Igwe-In- Council, village assembly, the board that is taking care of that place, then we had a meeting. After the meeting I found out that the boundary is the problem. Then I asked The Okwuruoha, Paul Enuh, whether he can show us the boundary, he took us round the health center and showed us the boundary.

MEF: Before you continue, what was the dispute? Was it between the communities in Ebe or between a particular family and the people of Ebe?

Oganiru Leader: Yes! Between the Ebe and a particular family called Umuozoetiti in Omadi-uwenu village, after having the meeting with the those people, I called somebody from that particular family they were having issues with then the person showed me the boundary again, I asked the person why should this boundary be a problem? Is it because Ebe people took more land than your grandfather gave them or because you know that this land now has value? I found out that it is because the land has value now, then I told them it is okay. Then I went back and called my executives, we sat down and deliberated on how to handle the case, then we go back to their main family and discussed about the land, how to handle the matter and how to make peace, then they explained how their grandfather gave them the land, then we begged them to leave the land because some other families sacrificed their own and now they are not asking to get the land back. The primary school, the secondary school, the church, the Nkwo market, for market, reservoir, these places belong to people and because of that they leave it and forget about it, they have already given it to Ebe people for their development. Then they were still dragging for the land. Later I had a meeting again with my executives on what to do then we called the last president generals because the dispute existed when they were in office. Then I asked them how they handled the issue before? They explained to us that they didn’t agree to leave the land for them, that they should not come into that land again that their father had given it to them and likewise other people.

MEF: Sorry ma, and this was in the capacity of him being the Igwe-in-council; was he giving out this instruction as being the village head and Igwe-In-council?

Oganiru Leader: The Igwe-in-council, I called them they were there, the assembly they were there, the village chairmen they were there all of us discussed and deliberated on that on how to handle the issue, they said that they have been battling with these people for a long time and that is why they wanted women to come in and know what to do because women are peacemakers. Then because of that, after having all these conversations, we asked them whether to go or stop where they stopped themselves, they said no, that we should continue.
We were fighting to fence that particular health center because the health center had quarters for the staff and a main building for the patients. Then because of that, we should continue to secure the place because people abroad wanted to develop that place but because of these issues and challenges they were not able to do it and we want it because it is one of the developments that help the people in the community. Then after that we started the work without wasting time, that is why now we have fenced the place, that is where we stopped. But they took us to court, as we heard but we are yet to be served court papers, yes we heard about this because if women heard the full story about taking us to court, they will react.

MEF: Okay. So the family that was agitating to take their land back took the Ebe people to court but till now the court case has not been heard.

Oganiru Leader: It is still on but we didn’t go there even once.

Oganiru Leader: I don’t know because I was not there when they appointed me and gave me the post.

MEF: So you were just appointed, not elected?

MEF: As a leader are there mistakes that you have made that if you were given an opportunity to go back in time you would change that or you would not make that mistake and you would want others to learn from it?

Oganiru Leader: For now I cannot find out the mistake I made because people are very happy about my own style of leadership. I cannot say that I’ve made any mistake so far, you know as a human being you can make a mistake but I’ve not heard it from people. Yes, they are appreciative of us especially on the fencing of that particular health center because it took them time to make sure they fenced it but they couldn’t even people abroad they tried their best to make sure they build the fence but when we stepped into the leadership position, it was fenced under four months.

MEF: Hmmm that is a very good achievement ma, it’s something to reckon with.

Oganiru Leader: Yes it is.

Oganiru Leader: First and foremost we know that women are peacemakers, even in your family, if you have two children if they are having any conflict you will like to settle them, you will address them, you talk to them, you tell them the disadvantages of engaging in negative attitudes in the family or criminal acts. After addressing them and telling them, explaining to them the effect of that thing the person is doing, it will help the person to come back to his normal senses.

MEF: So you are saying women are home builders and from building their homes they help build the society at large?

Oganiru Leader: Yes! And if they come to a place where two people are, like in a society if they are having problem, if you call the women the women will say the truth, they will not look at somebody’s face and tell lies because we want to benefit anything from the person, no, the person will say the truth and that makes the community to be in peace and love.

Oganiru Leader: The only thing I will tell the young girls and young boys is that you should follow God’s footsteps, pay attention to God’s instructions, His words and commandments, follow them, don’t tell lies, don’t engage yourself in criminal acts at all, don’t be wayward especially young girls. If you follow God’s instruction I don’t think you will fail, and don’t be greedy, greed leads to very bad things in people. Be satisfied and content with the little you have, don’t be jealous, avoid it. This person has this, why wouldn’t I? Avoid it because it leads to death not life, because everybody who follows God’s footsteps will never lose, the person will benefit, so live a life of emulation. A life of which people will like to emulate.

MEF: Thank you very much for granting us this interview and welcoming us into your home

Oganiru Leader: Thank you very much.

1 thought on “Engagement of Women in Peace and Security Processes: Lessons from Oganiru Ebe Women Association”